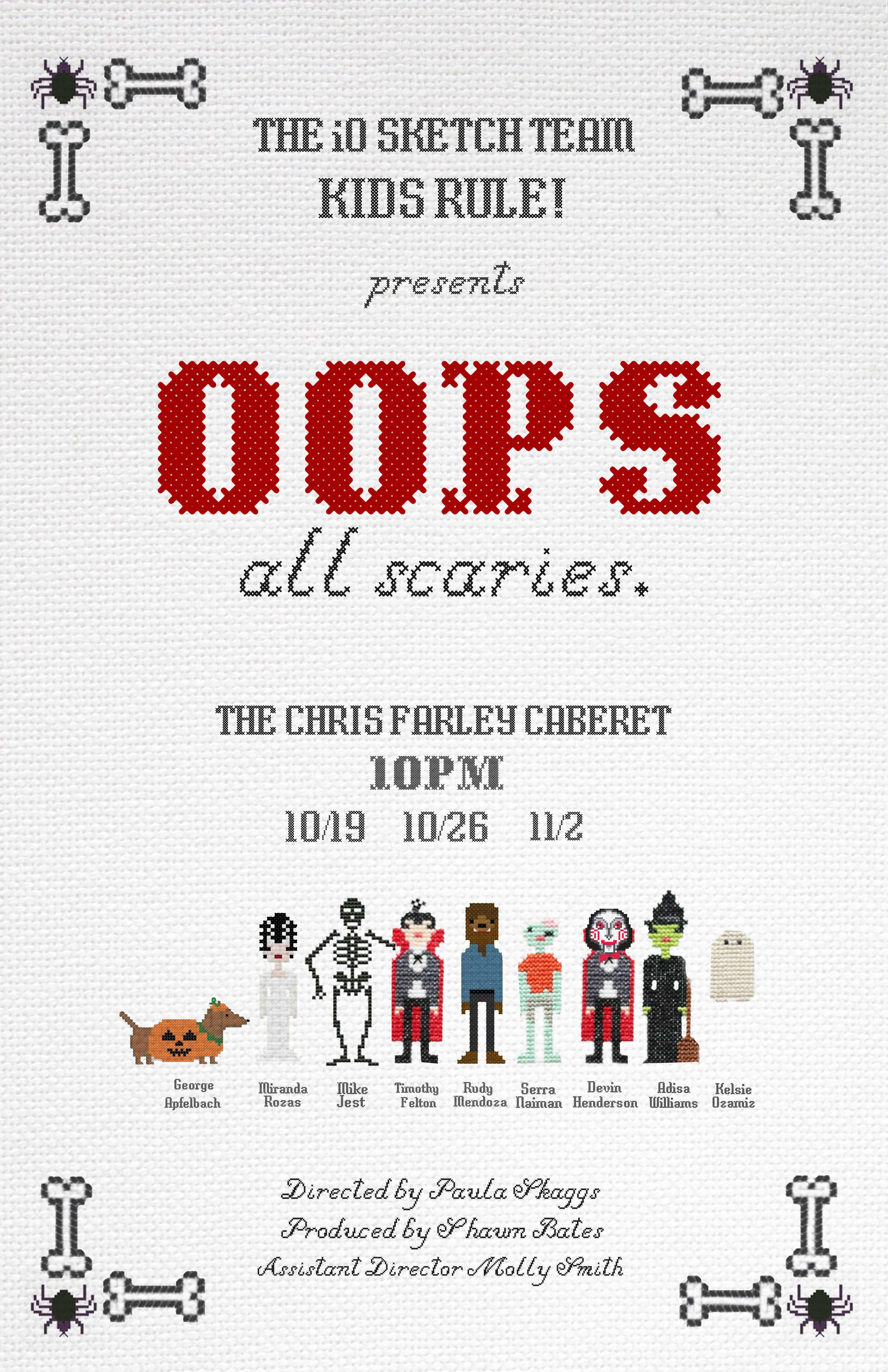 In Oops! All Scaries, a Halloween-themed sketch show, the iO House Sketch Team Kids Rule! tackle some of the spookiest things imaginable - monsters! Ghosts! Trick or treaters! That thing where the doors on a van say they’re touchless but like they really don’t seem to work and it’s just annoying! 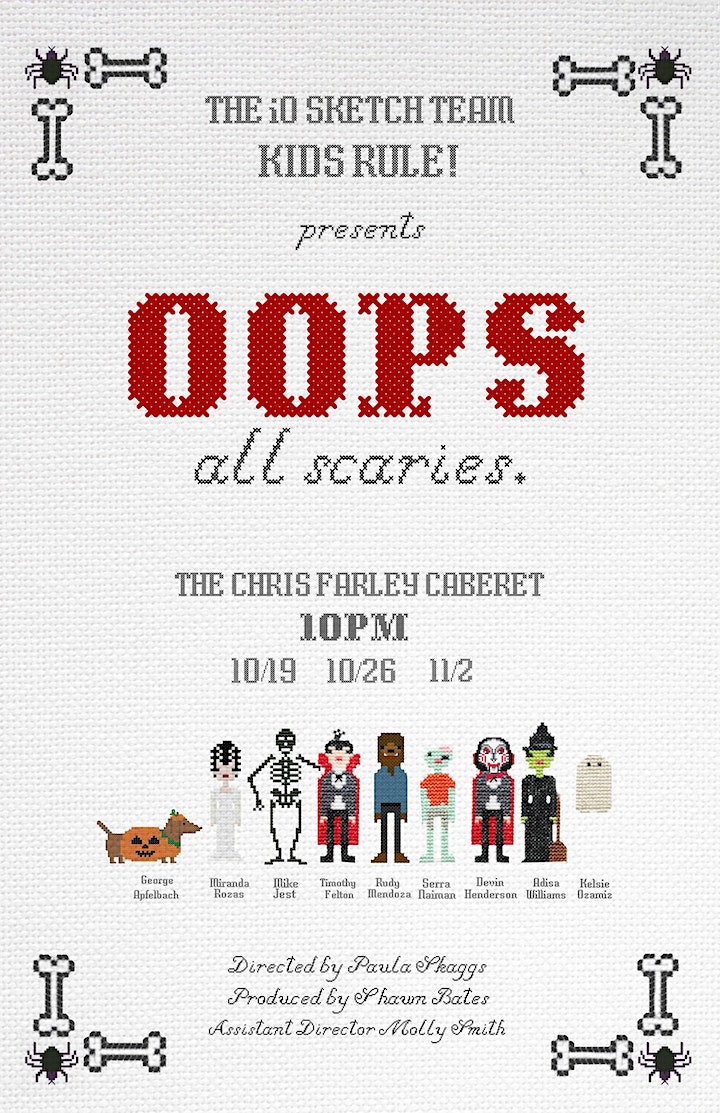